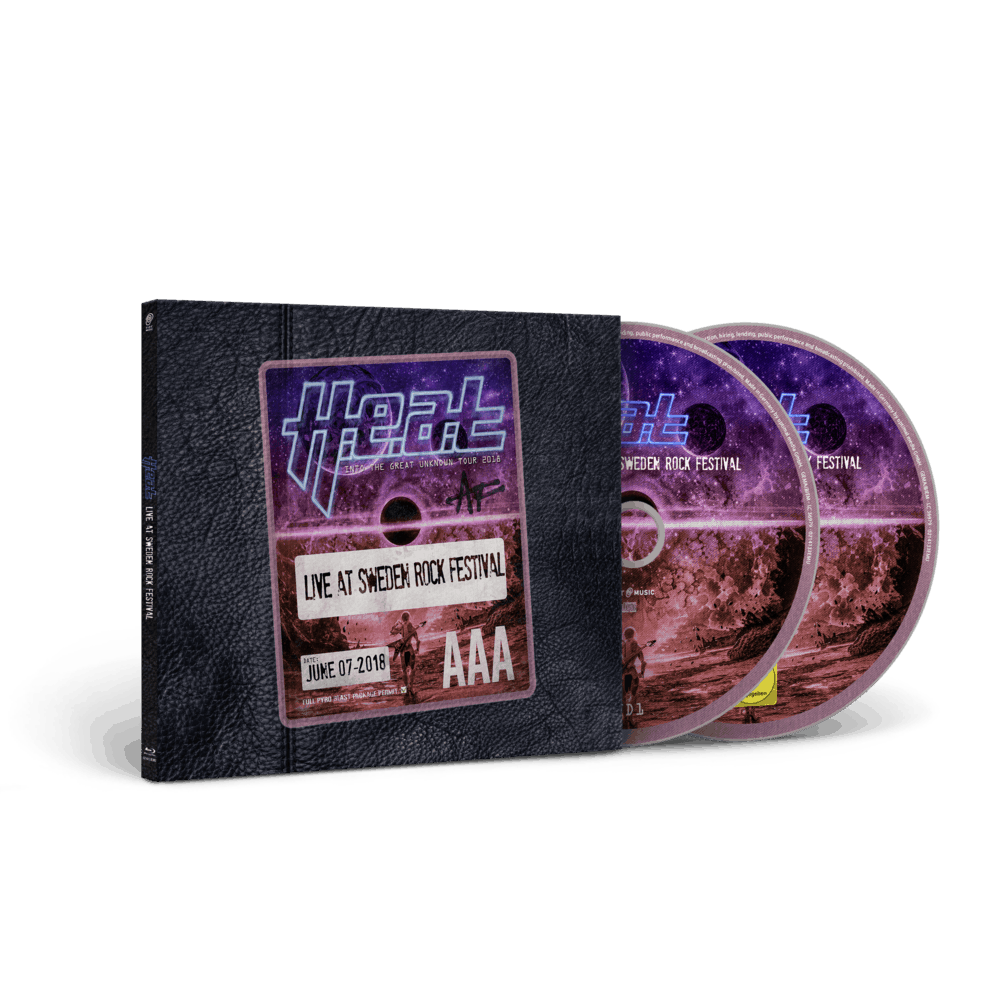 If there is one hard rock band you need to see live, H.E.A.T should make the top of your list.

Singer Erik Grönwall’s striking charisma paired with the powerful energy created by the band makes every H.E.A.T concert an extraordinary experience. This was also true for the performance at Sweden Rock festival on June 7th, 2018 whichfollowed their highly acclaimed studio album “Into The Great Unknown” (2017) (which Classic Rock UK praised as “the most complete album of their career”).

Their second ever live recording – and for the first time on video – includes all of the band’s remarkable hymns such as “Living On The Run”, “A Shot At Redemption” or “Bastard Of Society”. Every song from this setlist is as lively and intoxicating as the next, making this a memorable show that every rock music fan will enjoy.

Or as H.E.A.T themselves put it:

”We heard the call and answered. Fire and Hard Rock in the night.

For our entire career people have been going on about us making a ’DVD/Blu-ray’ and we can finally reveal that we will be releasing ’Live At Sweden Rock Festival’. For those of you who have yet to see us live, this is as close as it gets.

So go out and roll around in the garden, get an uneven tan, have 1-20 beers and kick back in your couch for the ultimate festival experience.

Official Music Videos â€“ BD only
1. It's All About Tonight
2. Tearing Down The Walls
3. Point Of No Return
4. Living On The Run
5. Eye Of The Storm
6. A Shot Of Redemption
7. Best Of The Broken
8. Drink Alone