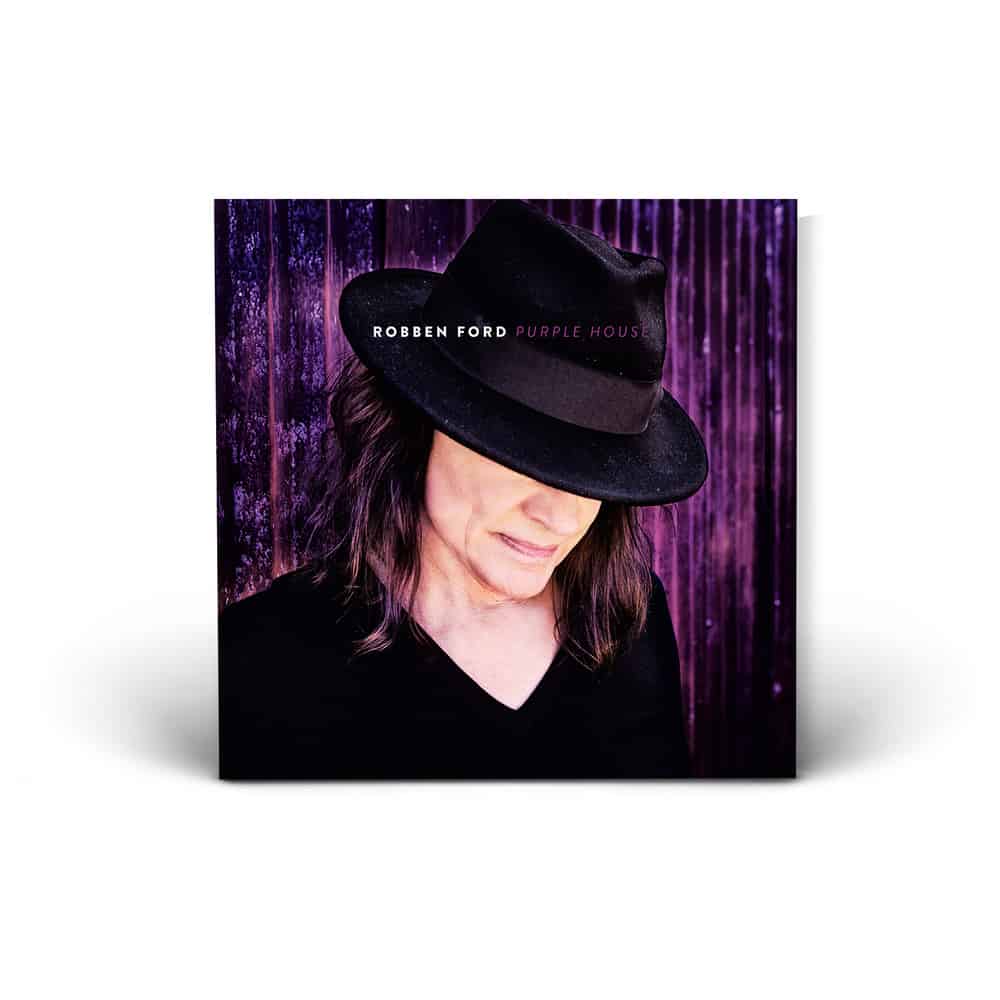 The five-time Grammy nominee achieved worldwide fame for both, being a solo artist and for his collaborations with a diverse musical Who’s Who that includes Miles Davis, George Harrison, Steely Dan, Joni Mitchell, Dizzy Gillespie, Georgie Fame, Kiss and many more.

With both parents being passionate musicians themselves, Robbenfound his love for music early and especially for playing guitar – and it was a love that would last forever. Today his commitment to teaching and passing on what he’s learnt over the years to current and future musicians is an essential component of his career.

Purple House, his forthcoming brand new studio album, co-produced by Casey Wasner, features nine powerhouse tracks and the album’s genesis, according to Ford, was simple and uncomplicated. “My concept for the record was to do something with a lot more emphasis on the production than I’ve had in the past”, says Robben. “I’m always pushing myself with each record. I haven’t made one record that sounded like the one before it and this was going to be no different. ‘Purple House’ was a great opportunity to try something really different.”

And he adds: “I used to deliberately write rhythm and blues. The Blue Line, that band really focused on

rhythm and blues. Traditional. But over the years I’ve really tried to expand that and this new record, more than anything I’ve ever done, is a real departure from tradition in terms of the songwriting.”

On Purple House we hear special guest appearances such as blues powerhouse vocalist Shemekia Copeland; she sings a duet with Ford on “Break In The Chain.” Travis McCready, the lead singer of the Natchez, Mississippi band Bishop Gunn, contributes the lead vocals on “Somebody’s Fool.”  And we hear a fantastic guitar solo of Bishop Gunn’s guitarist Drew Smithers on the album’s closing track “Willing To Wait”.