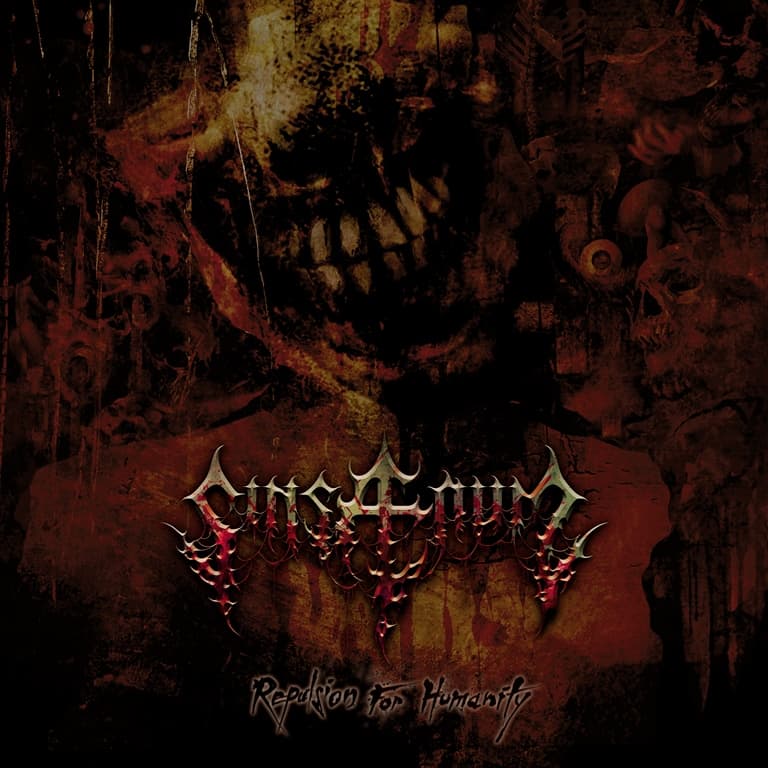 With these impressive credentials, it is hard not to label Sinsaenum a super group, since it embodies the joint venture of Fred Leclercq of Dragonforce and Joey Jordison (VIMIC, former Slipknot drummer). The rest of the band is of no less importance and credibility: Sean Zatorsky (Dååth, vocals), Stephane Buriez (Loudblast, guitar), Heimoth (Seth ,bass) and Attila Csihar (Mayhem, vocals) – all of which are well respected in their fields – complete the ensemble, making Sinsaenum the epitome of premium-level heavy metal.

As the title “Repulsion For Humanity” indicates, this is nothing for the faint-hearted. It’s definitely not something you will hear on the radio or hear your mother hum over dinner. Quite the contrary:

“It’s radical, it’s violent, it’s angry - angrier”,as mastermind and founding memberFrédéric Leclercq puts it.“The new album is a continuation of ‘Ashes’. In terms of sound and style, we've added more influences to the mix. This album is 100% us – not aimed to please the masses, not following formulas, and not made to fit radio criteria. From the artwork (made by Travis Smith), to the lyrics, to the music itself, there isn't an ounce of commercial compromise.”

“Repulsion For Humanity” has beenrecorded during the long, dark winter of 2018 while the band shared a house. With the help of Francis Caste on mixing duties, Sinsaenum sharpened its own sonic identity, far from the typical death or modern metal sound.

Joey Jordison: “In a way ‘Repulsion…’ almost feels like this is our first album, because I had the opportunity to record my drum tracks in France with the band present this time. Them giving me ideas, and being able to construct the tracks together as a band made for a killer foundation for the rest to build upon. This album is lethal, and the song writing has evolved immensely.”

"This is by far the heaviest, brutal, most amazing album I've ever been a part of,” adds vocalist Sean Zatorsky. “The riffs are so fucking sick that they inspired me to vocally do things I have never been able to do but always wanted to – literally. I held nothing back because the music held nothing back."