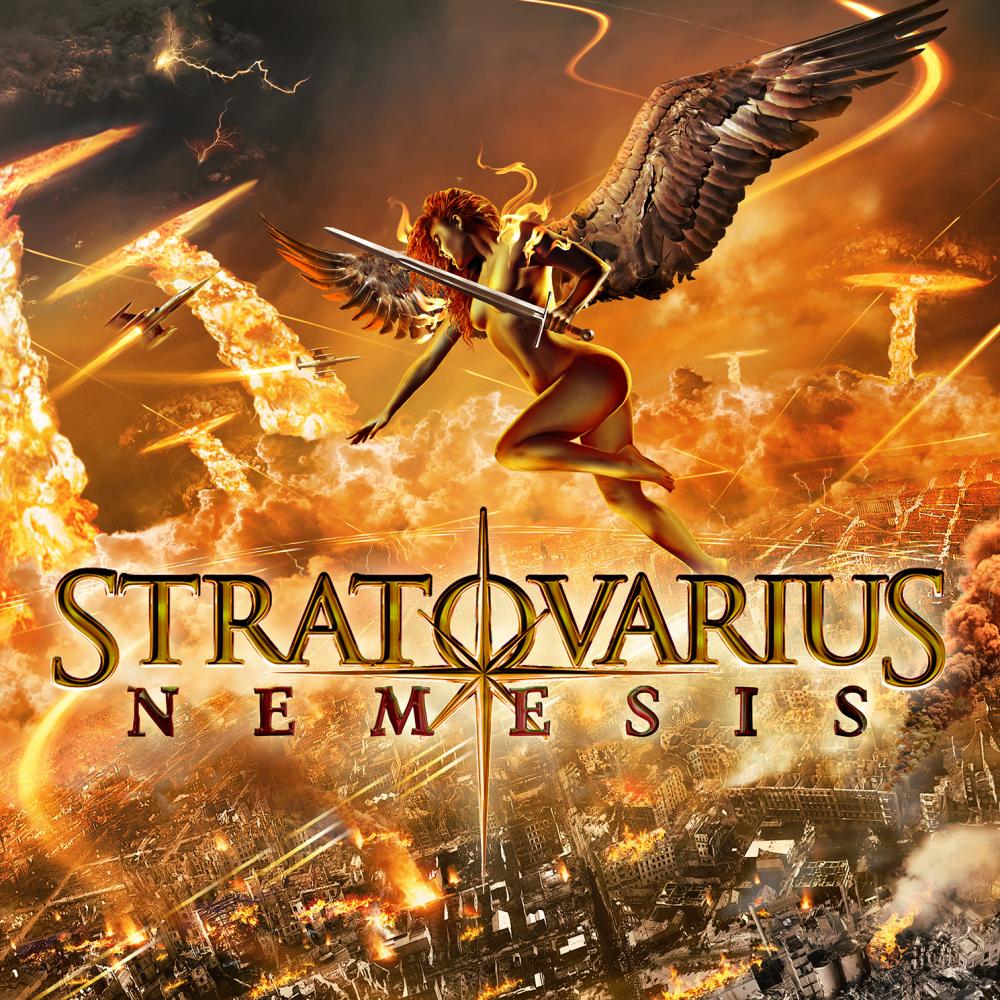 It happens rarely nowadays that an album shows that magic has happened, especially in metal. The magic to have one great song after the other, and more than a special
moment in each of the songs. Nobody knows why this happens, but with Stratovarius the rebirth with a partially renewed line up and two successful albums like Polaris
and Elysium in a row played a key role.
“Nemesis” simply shows all the exciting elements of Stratovarius, and presents a band very sure of its possibilities. It’s melodic, powerful, fresh and technically elaborated.
It’s heavy as much as it can be but at the same time it shows an incredible sense for melody. Opening track ‘Abandon’ sets the „record“ straight with its melodic
and powerful „Stratovarius-sound“. The leading track ‘Unbreakable’ shows that heavy metal and pop melodies can live together happily in the same song: a very melodic
song with a soft piano intro in contrast to the (very) heavy riffi ng the album displays in all songs. Stratovarius’ musical approach is today wider and richer than ever. The song
‘Fantasy’- joked the band - sounds almost as if Abba had written a song for Stratovarius. ‘Out Of The Fog’ integrates some folk music elements, with evocative lyrics
about war. The only ballad on the album, ‘If The Story Is Over’, is a very emotional song with a grand arrangement that builds in a heavy climax. The title track ‘Nemesis’
is a typical Stratovarius song, with echoes of medieval melodies with powerful double bass drumming and the catchy pop melodies from this side of the millennium.
Produced and mixed by the new co-star of the band, guitarist Matias Kupiainen and mastered by trusted old partner Mika Jussila from Finnvox studios “Nemesis” pushes
on the modern direction taken with the previous 2 albums. If fans proved to love Elysium. They will be blown away by Nemesis. The songwriting is inspired and avoid
cliches, each band member is under the spotlight and contribute to a monster sound...
The album has it all: great guitar solos, duelling with Johansson keyboard solos (like he hasn’t offered for some time), great vocals and a rhythm section like no other in
heavy metal. Stratovarius have been kissed by the muse of inspiration on this album, which is destined to be one of their all times favourites.
Despite the normal edition, “Nemesis” will also be released as a 13 track limited hardcover digipak as well as a strictly limited and numbered 2 Vinyl edition including the
exclusive bonus track “Old Man And The Sea”.