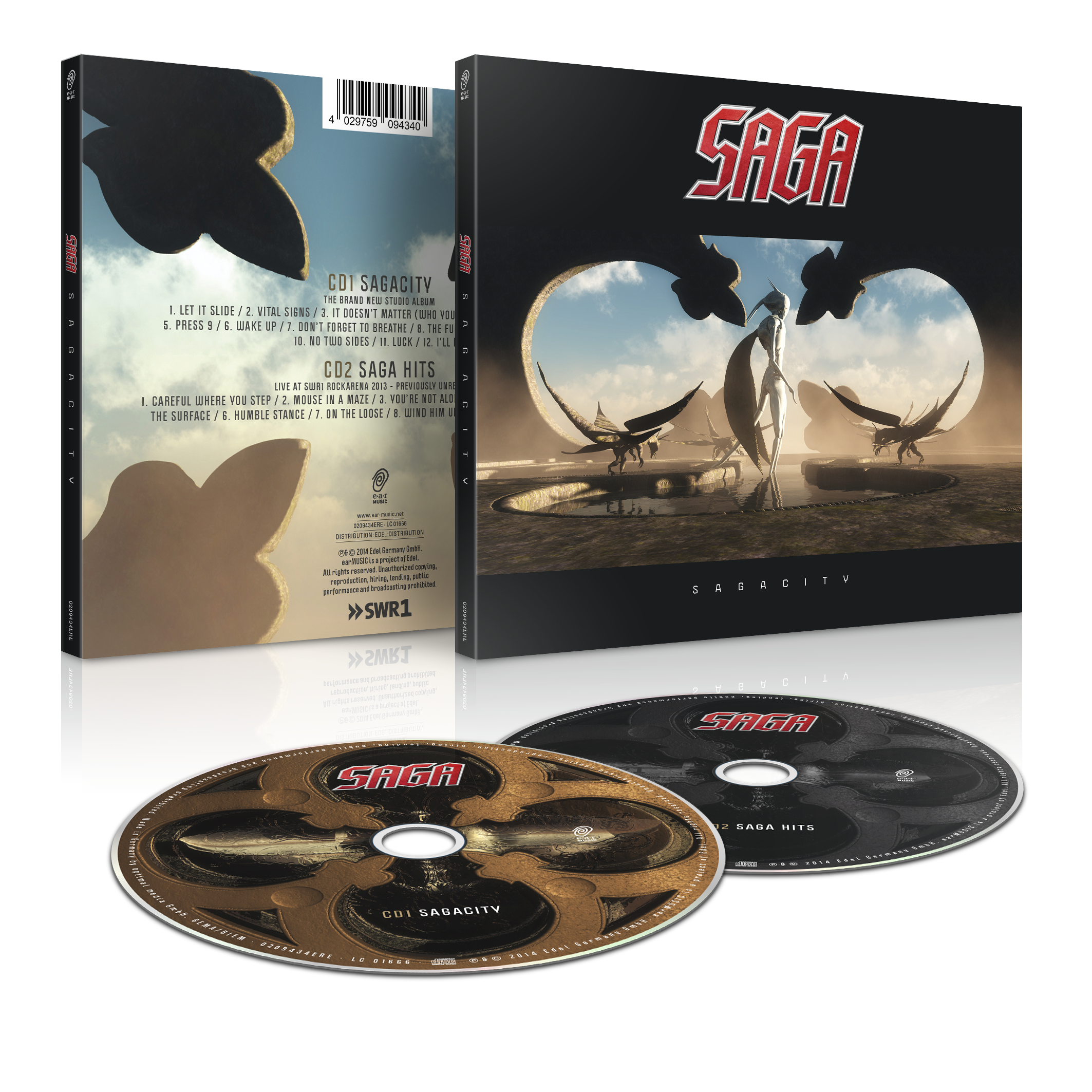 With SAGA’s new album “Sagacity”, the Canadian progressive rockers manage to keep their signature sound alive with a touch of modernity.
Or as Michael Sadler puts it:
„For me this album marks a return to many of the signature elements that put Saga on the map at the onset of the band’s career, while maintaining a firm grip on the here
and now. The balance between past, present and future is the key and I think that’s what we’ve managed to achieve. Quite simply, this is SAGA...2014!“
He certainly got it right. “Sagacity” does neither lack the striking guitar riffs which go hand in hand with the extensive keyboard arrangement nor Michael Sadler’s characteristic
voice. SAGA welcomes you with a familiarity and an album full of progressive rock anthems.
Sagacity – the English expression which in other words means wisdom and cleverness – pun intended – has always been a huge part of the band philosophy.
SAGA has gotten wiser over the years which shows in their thoughtful, multileveled lyrics. They have gotten smarter with their music arrangements, always leaving the
listener amazed with their creativity and inventiveness. Their richness of ideas refl ects on the typical but always newly sounding keyboard sounds as well as in its striking
melodies. On top of it, it’s Michael Sadler’s distinctive voice which molds the sound of SAGA, and he does so in an extremely good way.
The special edition includes a bonus CD - “Saga Hits” - including nine live recordings from an energetic performance at the SWR1 Rockarena festival in 2013. Ranging
from one classic like “The Cross” to another one like “On The Loose”, the bonus CD surely proves why SAGA are still going strong.