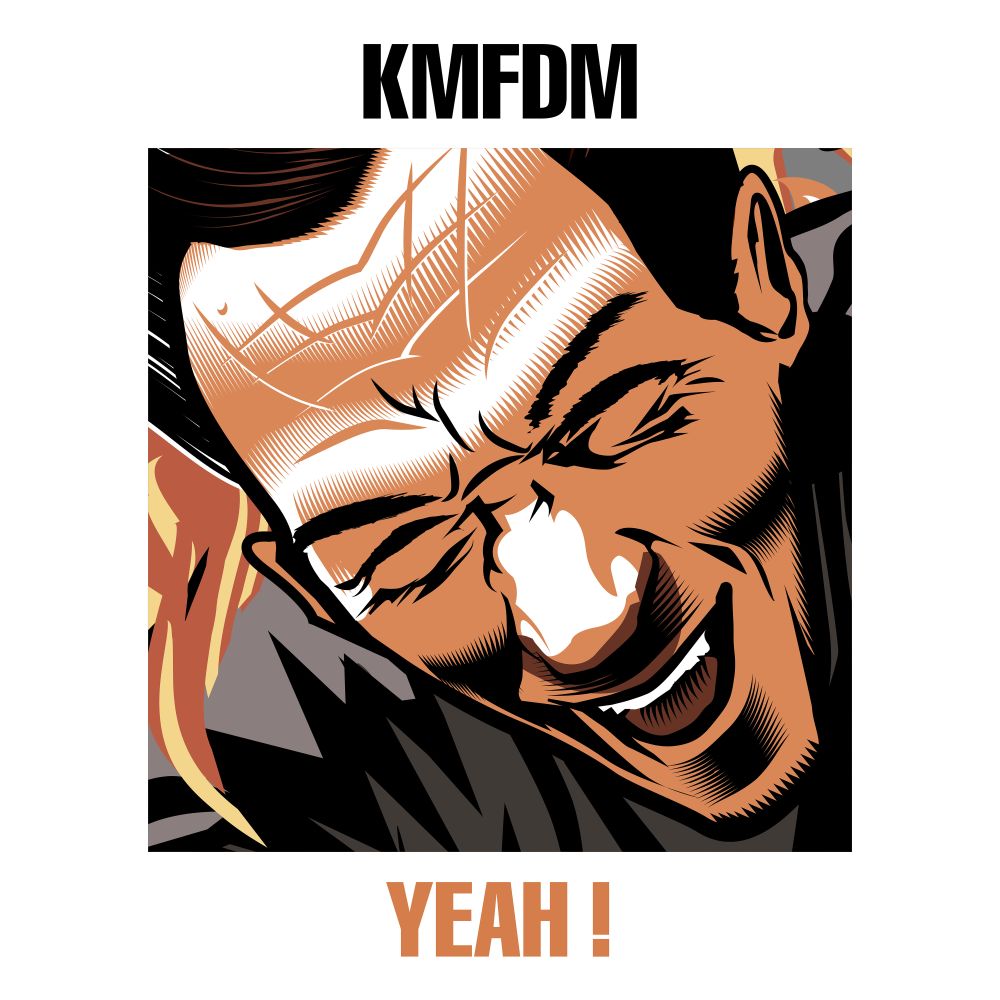 This year, KMFDM will create a stir twice: beginning with “YEAH!”, a 5-track EP of brandnew
songs, remixes and edits, and then followed by the band’s new studio album in
August.
With “YEAH !”, the renowned German industrial rock pioneers continue to be fiercely
political, taking a stand against violence, war and oppression in a meaningful crossover
between techno/dance and heavy metal.
“YEAH !” revolves around two brand new songs:
“HELL YEAH” with its ultra-heavy beat is combined with a loud, raw, powerful sound and
KMFDM’s trademark cynical lyrics whereas “FREAK FLAG”, which is included in an edit on
this EP, is a distinctive hymn for outlaws, freaks, mavericks – and all the others. The song
(the full length of which is on the new album) is accompanied by yet another new one,
“ATTAK 2017”. German dark rock band Lord Of The Lost’s remix of “Hell Yeah” takes
the original to a wholly new and surprising direction.