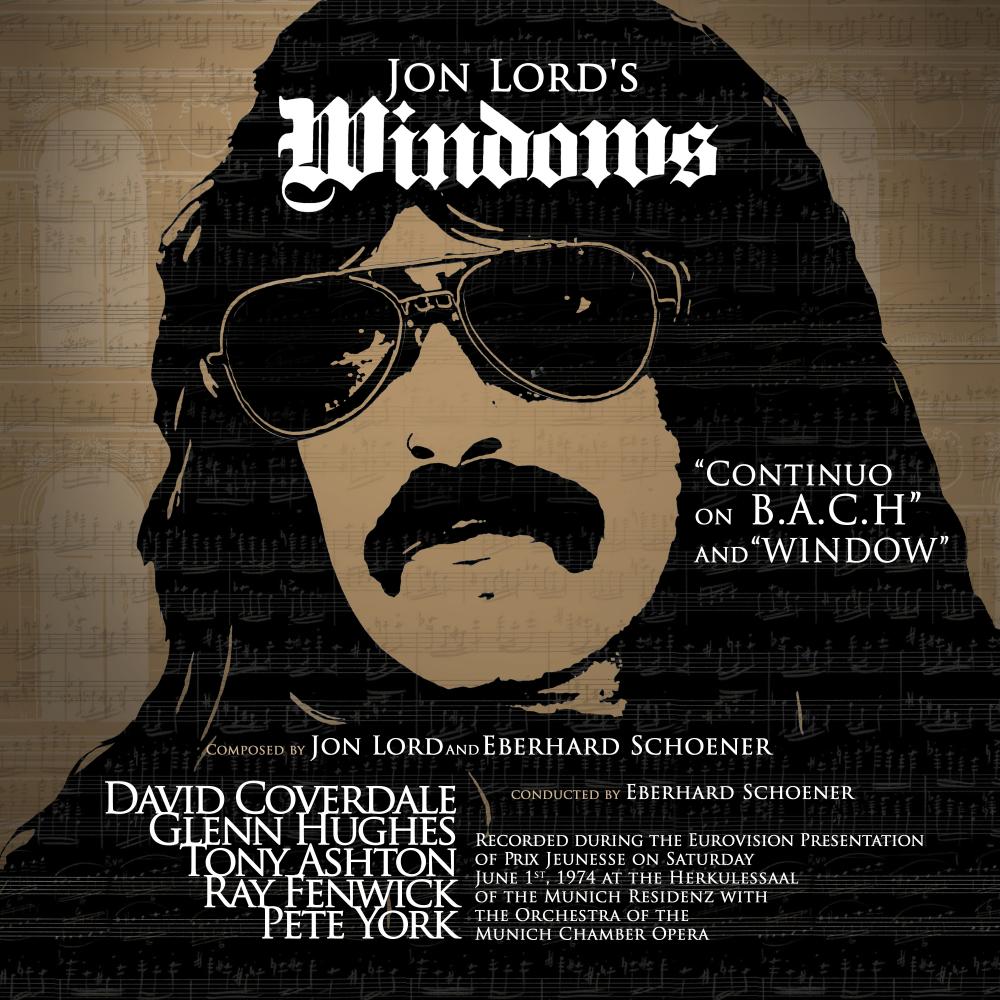 Composed by Jon Lord and the German composer and conductor Eberhard Schoener,
‘Windows’ was recorded live on June 1st, 1974 at the Herkulessaal of the Munich Residenz
with the Orchestra of the Munich Chamber Opera conducted by Eberhard Schoener.
The band for this special occasion is star-studded with musicians like Jon Lord’s former
bandmates David Coverdale and Glenn Hughes as well as Tony Ashton, Ray Fenwick
and Pete York.
Windows consists of two parts. “Continuo on B.A.C.H” is based on an unfinished fugue by
J. S. Bach, which was based on a scale using the notes represented by his own name.
Lord and Schoener interpreted and ‘finished’ it. “Window” is based on the idea of a form of
chain poetry called Renga, developed during the 14th century in Far-East, where a group
of poets co-writing would lock themselves away, writing each verse in turn and continue
until the finished product emerged.
The recording was re-mastered by Rob Cass at Abbey Road Studios and the artwork was
reinterpreted.
„Windows“ is the second release after „Gemini Suite“ in the new Jon Lord reissue series
with "Sarabande" (1976) following later this year.