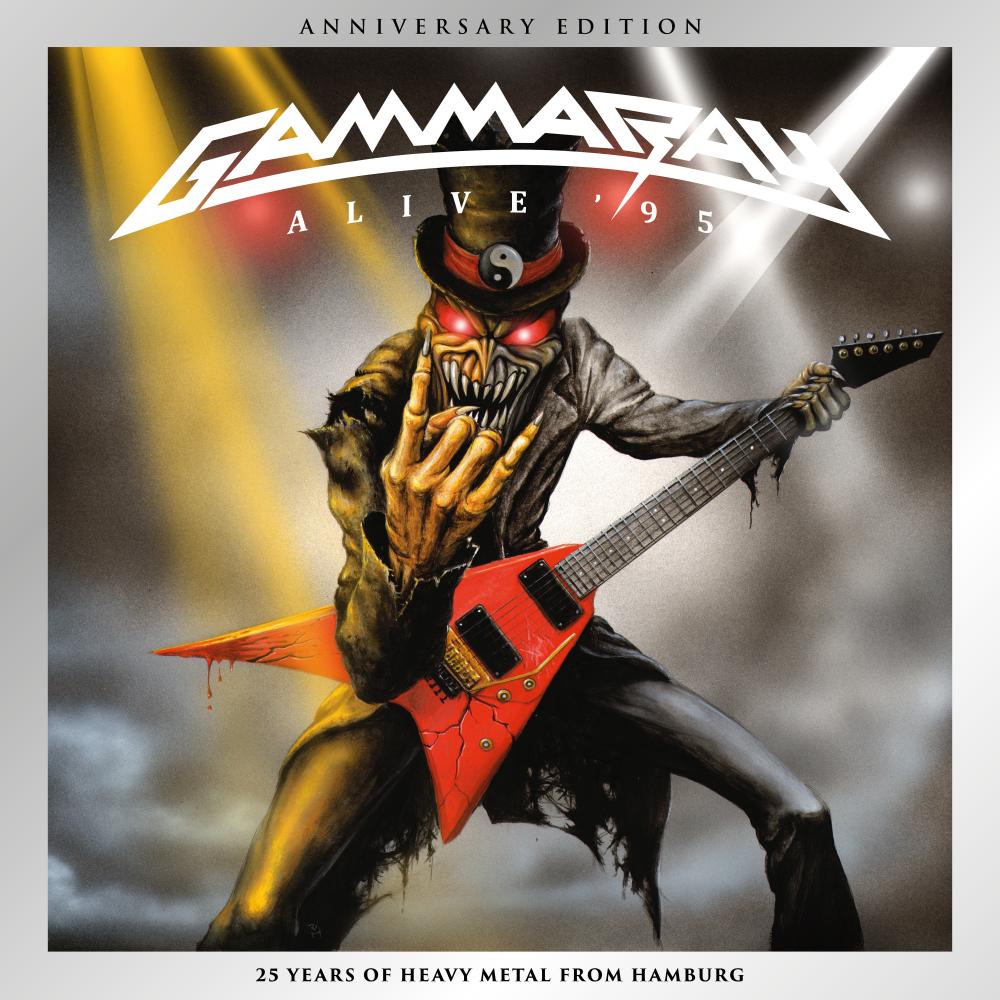 “Alive '95“ was the first live album by GammaRay. It was released on May 1996, following the live concerts in Milano, Paris,
Madrid, Pamplona and Erlangen, during the band's "Men on a Tour" European tour. This 2CD premium-quality digipak includes
such classics as “Man on a Mission” and “Rebellion in Dreamland” as well as two classic Helloween tracks composed by
Kai Hansen himself. The 2017 anniversary re-release of Alive '95 contains a bonus CD including material recorded with Ralf
Scheepers in 1993 who provides an impressive evidence of his insane vocal range on tracks like "Future Madhouse",
"Insanity and Genius" and "Heading for Tomorrow".


CD2
Recorded live in 1993 with Ralf Scheepers on vocals.
Originally released as part of the US version - for the
first time available in the rest of the world.
Remastered in 2017 by Eike Freese.