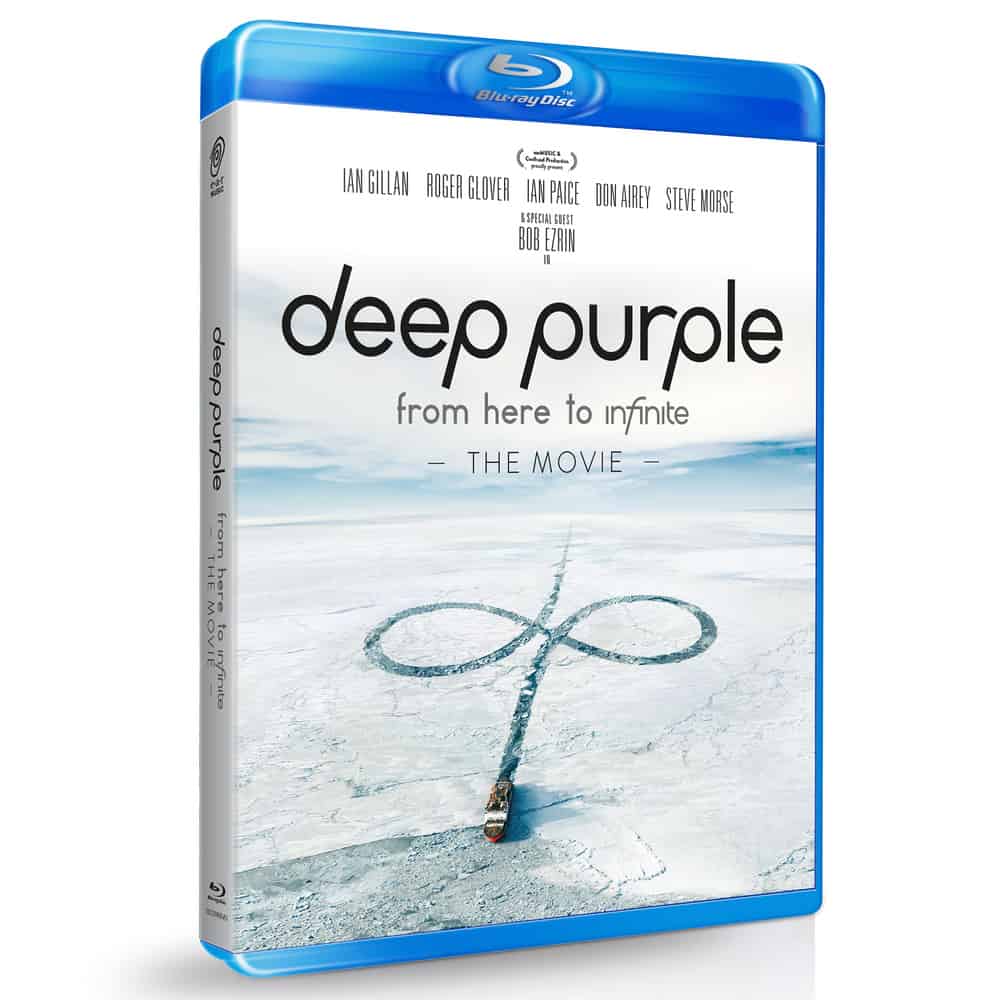 From Here To inFinite (Blu-ray)

Every fan’s need will be fulfilled with the release of the documentary
“From Here To inFinite”, which shows the history of origin of the new
Deep Purple album “inFinite” and provides a deep insight into the
workings of a band who with their work wrote music history. The 97-
minute music film follows the five musicians on their captivating journey to
Nashville to record their new album and on it the band let cameras come
as close as they never have before. The Blu-Ray disc also includes a vast
array of bonus material, including music videos, behind the scenes
footage, outtakes and interviews - all previously unreleased.

About inFinite - Interviews
1. About the Album
2. Beyond the Album
3. Track by track
4. Rapid Fire interview
5. Behind The Scenes photoshoot
We use cookies on this site. To learn more, please review our Privacy Policy
Accept & Continue Review Policy