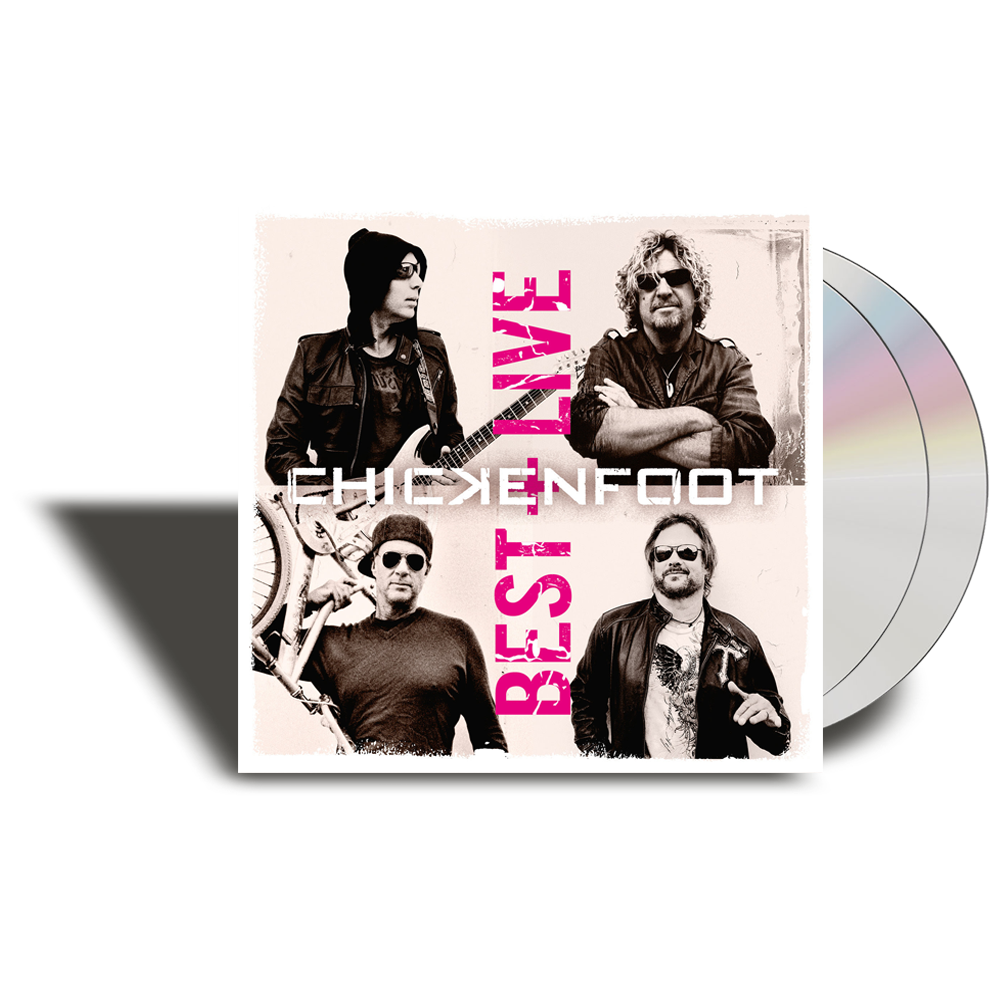 It has been a while since The Foot, as fans call the band, has released a new tune, let alone a new album – 5 years to be precise. 5 years in which fans all over the globe have been desperately waiting for a sign of life – musically. Finally, the time has come! In May 2016, Chickenfoot reunited for two highly-anticipated one-time shows at Harrah's Lake Tahoe, the
band played their first complete set in more than six years, along with a special unveiling of the new tune "Divine Termination". It was clear that this new tune whose lyrics Hagar have been writing while being on
an airplane to Cabo needed to be recorded in the studio for posterity.
Says Sammy Hagar: "It's a dark tune, but it's fucking cool. It's a really raw production and a giant step for the FOOT."
Amen to that! Bundled with the best of the best by one of the greatest rock supergroups around, a handpicked selection
from both the debut and sophomore album, “BEST PLUS LIVE” highlights Chickenfoot’s vintage sound and contemporary approach both in the studio and while conquering the stage. Speaking of, the extra CD “LIVE” and the bonus tracks on the best of feature a 13 song strong set list
including almost every song from Chickenfoot’s debut album as well as Sammy Hagar’s old Montrose classic “Bad Motor Scooter”, The Who’s “My Generation” and Joe Satriani’s interpretation of “The Star Spangled Banner" – all recorded live in Phoenix 2009 and available for the first time on CD (previously
only available as video on the DVD/Blu-ray “Get Your Buzz On LIVE”). Add a smoking version of Deep Purple’s classic “Highway Star” and all your Chickenfoot desires will definitely be fulfilled.