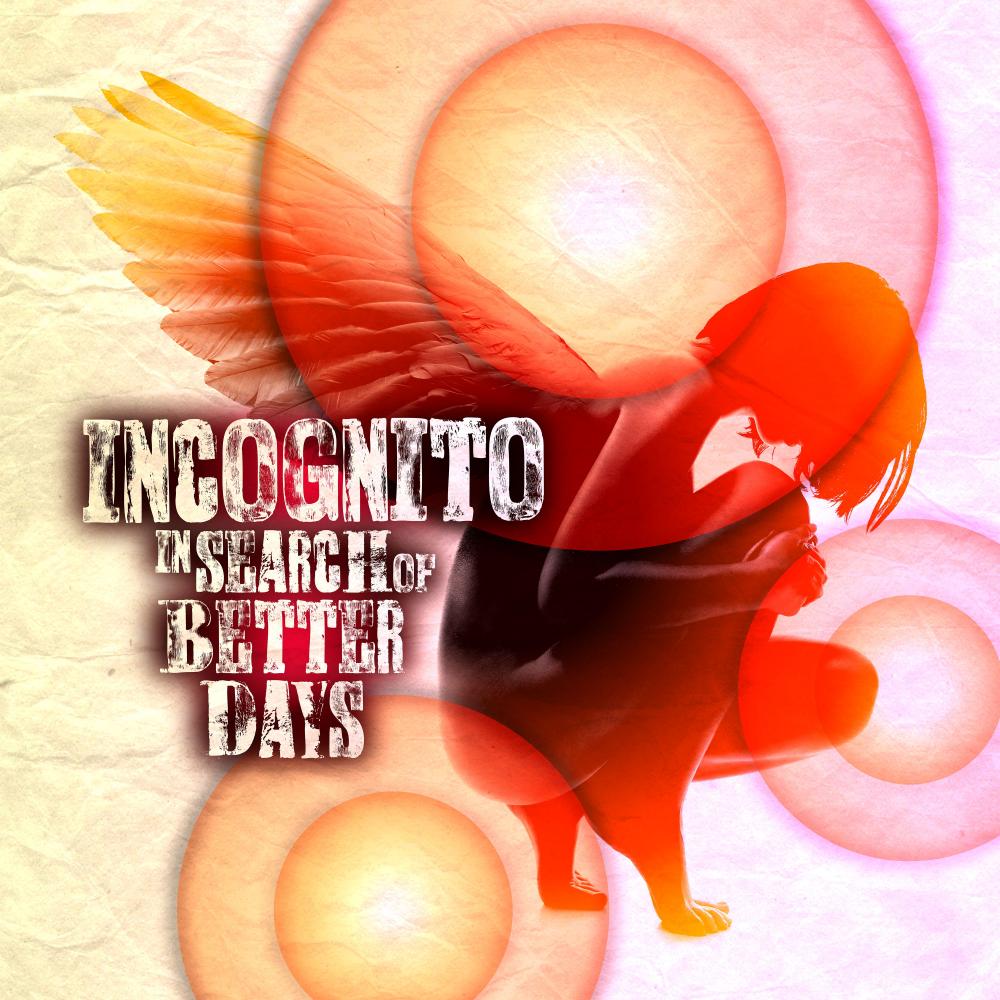 In Search Of Better Days (CD)

Their 17th studio album, “In Search of Better Days”, will have Incognito fans grinning ear to ear. The fresh, uncompromising, soulful, Jazz-Funk-laden songs and instrumentals
that are the bones of Incognito continue to shine through . . . and there is more. The sound of Bluey’s London for over three and a half decades weaves its way
throughout this album and gives it flesh, with splashes of Drum & Bass and Broken Beats, Rare Groove, Deep Soulful House, and even influences from the Rock and Blues
that were at the heart of the UK scene in the late ’60s and early ’70s.
From the driving bass of featured guest Stuart Zender on the opening track, you know that this album is upping the ante and it’s going to be one hell of a good ride!
Imaani, Vanessa Haynes, Tony Momrelle, Katie Leone, Vula Malinga — the UK’s finest and most soulful voices hit you relentlessly one after the other with songs that will
remain with you from the first hearing. And as if that was not enough to make this one of Incognito’s best albums, in comes American chanteuse extraordinaire aka “the
voice of Incognito” — Maysa, to seal the deal!
Other special guest artists — including pianist Avery*Sunshine, drummer Richard Spaven, cosmic percussionist Jody Linscott, and Japanese guitar legend Tomoyasu
Hotei of Kill Bill fame — leave their indelible marks on this much-anticipated release.
Grounding the entire album are the usual suspects: Matt Cooper and Ski Oakenfull (keyboards); Francis Hylton (bass); Francesco Mendolia (drums); João Caetano (percussion);
Francisco Sales (lead guitar); Sid Gauld (trumpet); Trevor Mires and Alistair White (trombone); Paul Booth, Jim Hunt, and Andy Ross (sax and flute); and Richard
Bull (everything). These fine artists combine to take the band to a new and higher high! The whole thing is beautifully catalogued, blended, and sonically giftwrapped by
sound engineer Mo Hausler.
Bluey’s songwriting and production senses are as always full-spectrum, steeped in deep, rich history, bridging the classic sounds of the past and the tonal and sonic
languages of the present and future. These songs of Love, songs of awareness, questioning, challenging, optimism, joy, and hope are without a doubt some of his best!
As Bluey continues blazing his own trail with his ever-expanding community of top-of-the-line artists, fueled by a passion for storytelling and creating unity through the
Groove, Incognito’s In Search of Better Days surely takes us there. This album is . . . Truth!