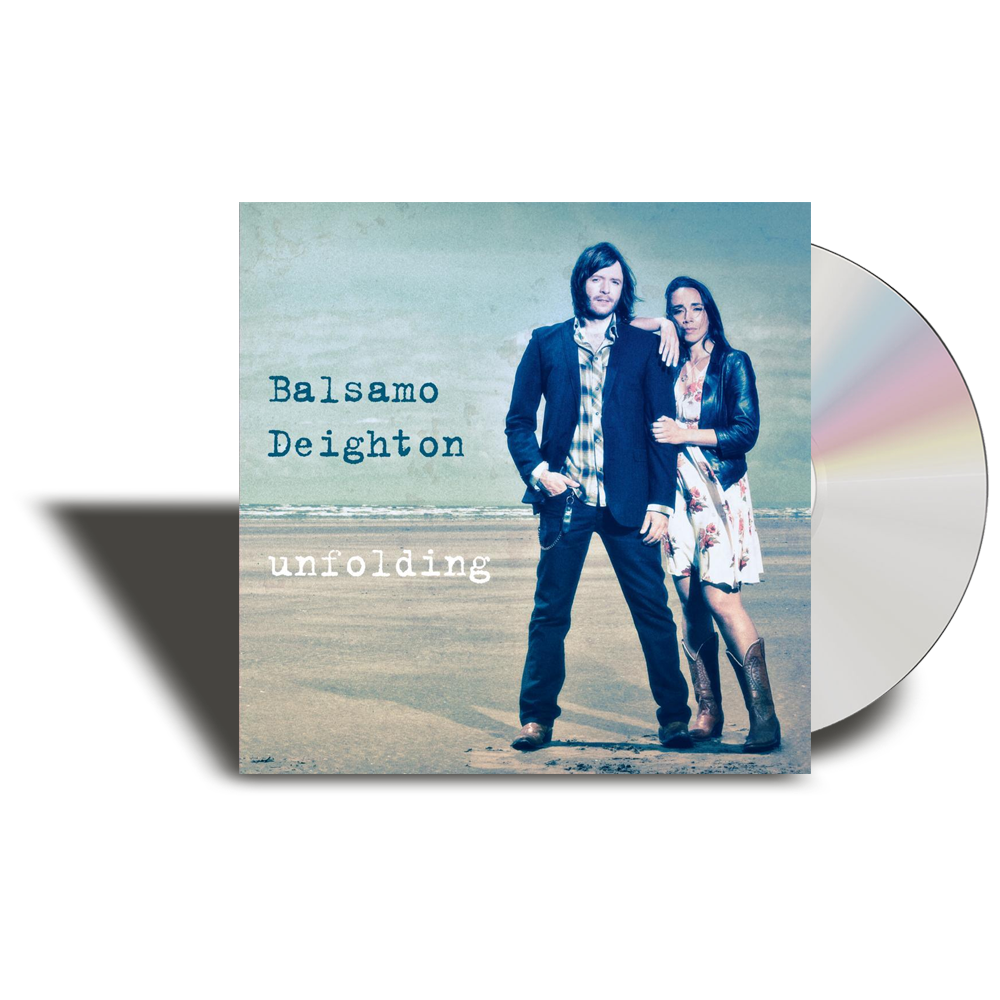 The result of Steve’s and Rosalie’s collaborating creativity is a truly wonderful debut, a collection of ‘grown up songs on the human condition’, as they’d say. Influenced
by a wealth of classic writers and musicians - from Gram Parsons, Crowded House and Steve Earle to Tom Petty, Ryan Adams, Robert Plant and Alison Krauss
- BALSAMO DEIGHTON’s songs pretty much nod and wink to them all.
Lyrically, they take a highly personal approach to their writing, which mainly dwells on the darker side of romantic encounters. They also touch upon poignant experiences

such as Steve receiving a letter from the bereaved parent of a British soldier lost in Afghanistan.
Love is represented, of course: while atmospheric love song “Long Way Round” was written after Rosalie discovered an affair, country style ballad “Run Back To Your
Life” tells a tale of falling in love with the right person at the wrong time. The up-tempo tune “Drive On” was inspired by night time drive from Los Angeles to Las Vegas,
a song about the fragility of love and the gamble we take when the odds seem stacked against it.
Meanwhile, “The Ghost Of Me And You” is about two lovers trapped in a relationship that’s dead and, if you listen closely, the voice of a ghost (recorded by Steve at a
paranormal investigation) can be heard whispering ‘I kissed her’.
“The Dream Song” was inspired by a conversation Steve had with Vicky Lord, widow of the late Jon Lord. They both talked about having met Jon in dreams and how, as
in life, he reassured them to keep keeping the dream alive.
12 exciting & fresh songs, somewhere between Singer/Songwriter, Americana and Folk Pop, “Unfolding” has it all.