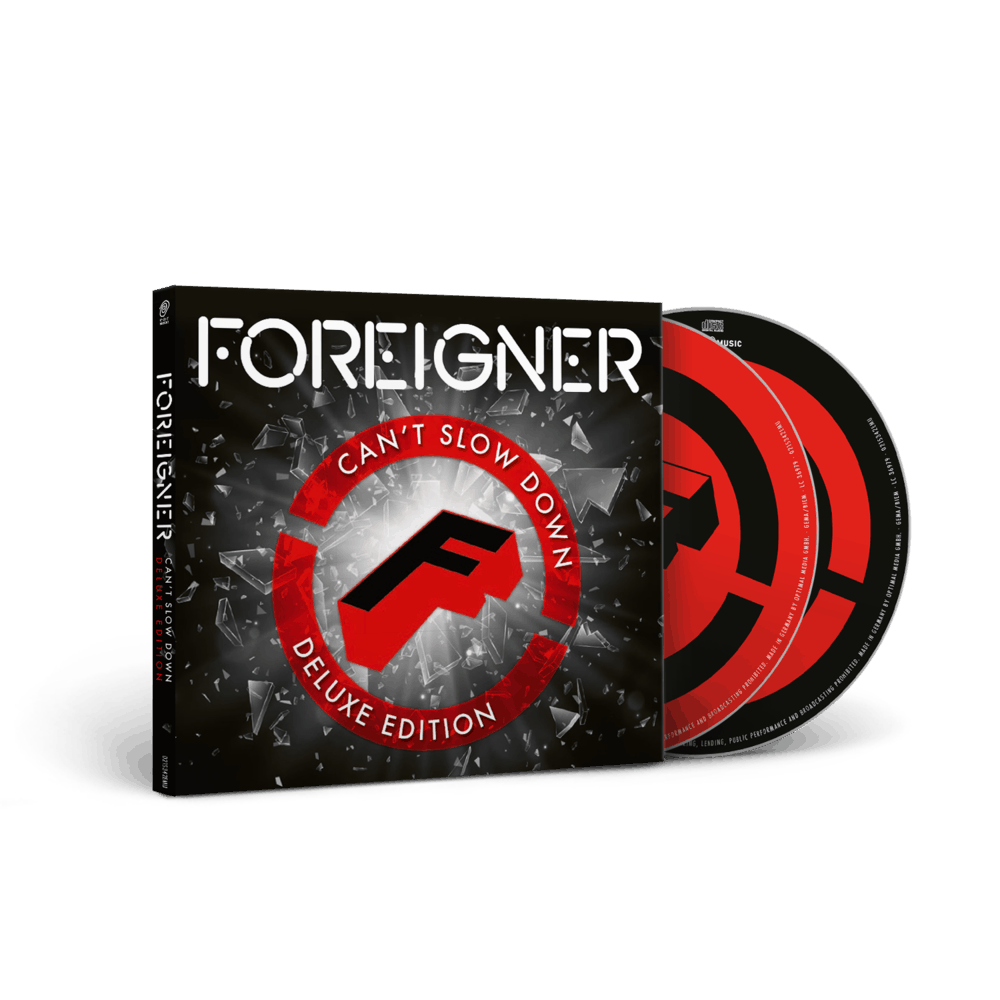 “Can’t Slow Down“ was originally released in 2009, 15 years after Foreigner’s previous studio album. It marked the Melodic Rock comeback of the year; praised by fans and critics alike. “It was our first studio album with the new lineup and I think it has a tremendous amount of energy in it“, says founding member and lead guitarist Mick Jones. “The title just seemed to sum up the way we were feeling at the time. It captured the fact that Foreigner had become a powerful live band and was ready to take on the world again. I’m happy to say that it drew the attention of Foreigner fans, old and new, and went on to become a chart album in several countries.“
CD1 includes the complete studio album, produced by Mick Jones & Marti Frederiksen (Aerosmith, Ozzy Osbourne, Mötley Crüe) and featuring the song ‘Fool For You Anyway‘, produced by the acclaimed Grammy Award-winning producer Mark Ronson.
Exclusive to this 2CD Deluxe Digipak Edition is the second CD „B-Sides And Extra Tracks“ which includes a carefully selected set of Foreigner’s biggest hits as well as beloved fan favourites – all recorded in energetic live versions of which some will be released the first time on CD.