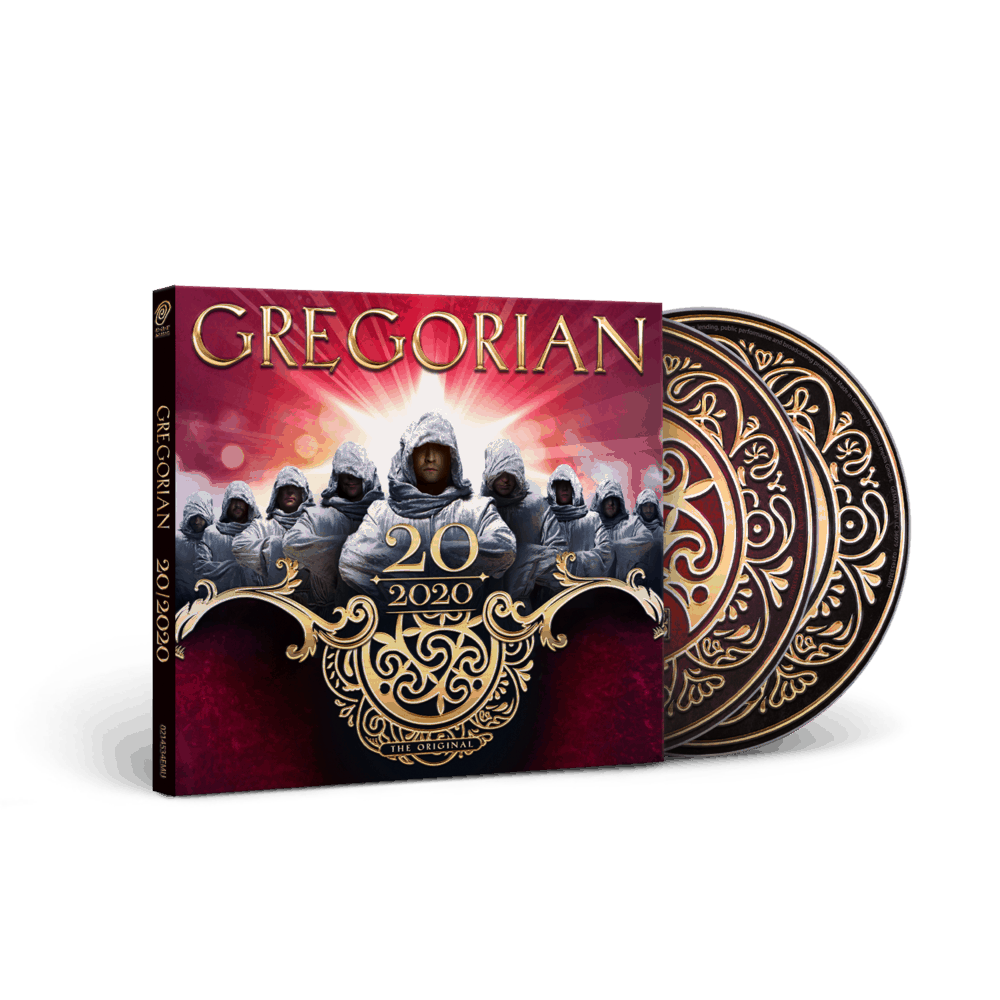 "20/2020" is filled with 32 songs on 2CDs with the special Gregorian touch, stunning vocals and majestic instrumentals. 11 brand new interpretations of current chart hits like Alan Walker's "Faded", Coldplay's "Viva La Vida" and "Say Something" by A Great Big World and Christina Aguilera can be found alongside newly recorded, timeless versions of classics such as "Blowing In The Wind" and "Mary, Did You Know" as well as the brand new Gregorian original "20 Years".

Additionally, Gregorian take fans on a fantastic journey across all genres and decades on their additional Best Of, including reworked versions of their most beloved classics such as “Moment Of Peace”, “The Sound Of Silence”, “Masters Of Chant”, “Join Me” and many more.

With 18 CD and 7 DVD releases, over 10 million records sold worldwide and gold and platinum status in 24 different countries, Gregorian has been raising the bar during the last 20 years. Gregorian is one of the most successful German acts abroad, having played a total of 1,200 concerts in more than 31 countries, with five shows per week and the incredible number of 2,600,000 concert-attendees.

Starting from December 31st, 2019, Gregorian are going to embark on their anniversary world tour, playing over 30 concerts in Germany, Austria and Switzerland. At the end of April, the exceptional musicians will continue their tour, taking their show to 28 of the biggest venues worldwide and playing over 90 concerts as part of their world tour.

Not only will the two-hour program put songs from the new album "20/2020" in focus, it will also feature highlights from the elaborate live productions from recent years.