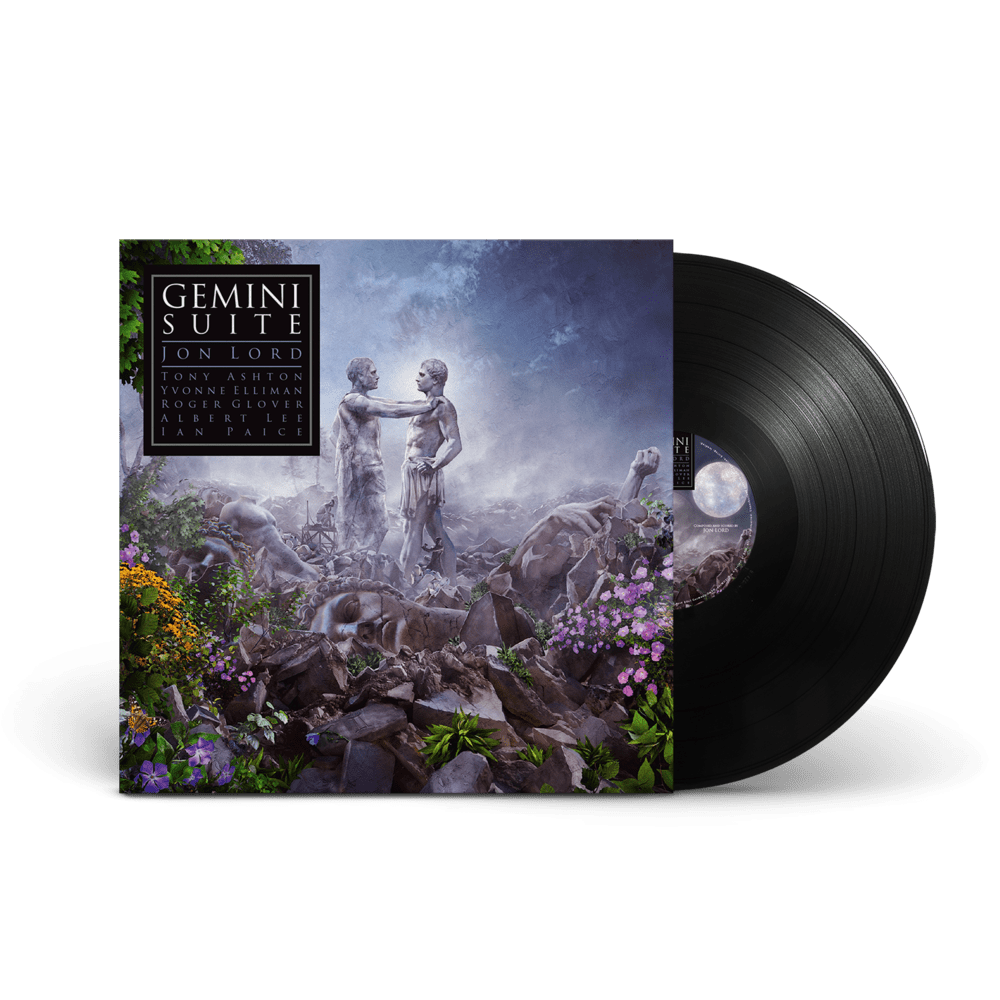 The Gemini Suite was first performed in September 1970 at the Royal Festival Hall and was recorded the following year at the Abbey Road and De Lane Lea studios as the first solo project of Jon Lord. It is a six piece classic-rock fusion work inspired by the members of Deep Purple and was recorded with the London Symphonic Orchestra conducted by Oscar winner Malcolm Arnold and is featuring the guest musicians Albert Lee, Yvonne Elliman, Tony Ashton as well as the two other Deep Purple members Ian Paice and Roger

Glover. The album was re-mastered from the original stereo mixes at Abbey Road studios and received a new interpretation of the iconic album artwork.