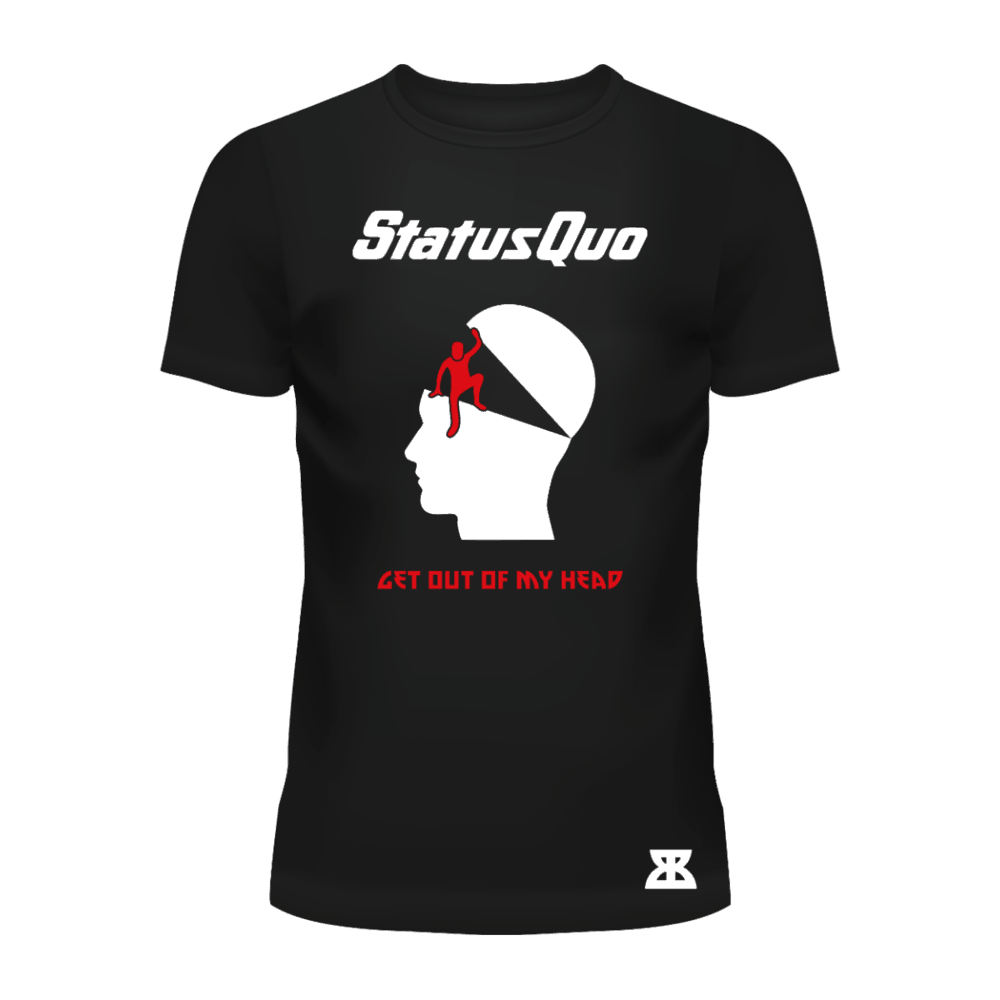 Backbone - Get Out Of My Head (T-Shirt)

On 6 September 2019, Status Quo will release ‘Backbone’, the band’s 33rd studio album – the LP will be their 33rd 33rpm! The band are also confirmed to perform at the huge BBC Radio 2 ‘Festival In A Day’ show in Hyde Park on Sunday 15th September 2019.

Some doubters said ‘Backbone’ was a record that could not be made, but the 2019 line-up of Status Quo has been through a lot, and as of today will have chalked up over 130 shows as a unit and travelled tens of thousands of miles. This is a group of musicians that is strong, that back each other up and are tighter than ever. ‘Backbone’ features of trio songs drawn from the classic partnership of Rossi / Young as well as contributions from all of the rest of the band.