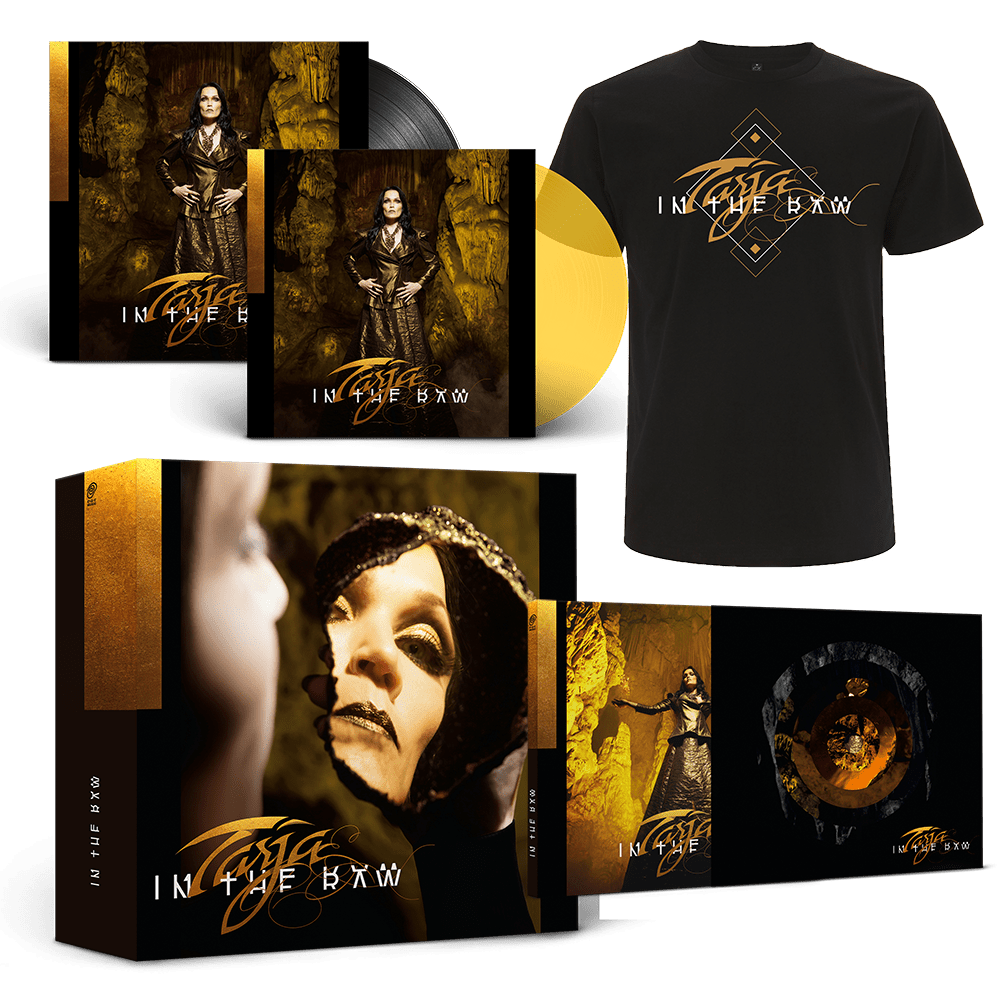 In The Raw (Deluxe Bundle)

Three years on from her last album, 2016’s “The Shadow Self”, “In The Raw” finds Tarja and her beautiful voice sounding, as ever, truly stunning. Working with many of the same musicians and production team as before, the intention was to bring out the idea of rawness to match the feelings Tarja was having from the very beginning of the process.

The album finds Tarja going to raw, personal places in her lyrics. Opening herself up more than ever before, she says she was left feeling naked by her honesty, but also pleased at where she had gone with her words.

The first look at the album, the brand-new song “Dead Promises”, is all this and more. Matching the stunning power of Tarja’s voice with a thunderous guitar, the aggression she speaks of is brought to the front, not threatening to shatter something fragile, but reinforcing its power. “I really like how the guitar sounds: in your face,” she says. “If I’m singing powerfully, I need something powerful behind me so that I don’t feel like I am left alone.

Fans will find that the album includes an amazing duet version of the song with guest vocals by Björn “Speed” Strid of Soilwork.

The concept of gold and its raw state extends to the album’s artwork. In the start, here we find Tarja in St Michael’s Cave, Gibraltar, framed in vivid colour and golden sheen.


1. Dead Promises with Björn “Speed” Strid
2. Goodbye Stranger with Cristina Scabbia
3. Tears In Rain
4. Railroads
5. You And I
6. The Golden Chamber/Awaken/Loputon yö/Alchemy
7. Spirits Of The Sea
8. Silent Masquerade with Tommy Karevik
9. Serene
10. Shadow Play
We use cookies on this site. To learn more, please review our Privacy Policy.
Accept & Continue Review Policy