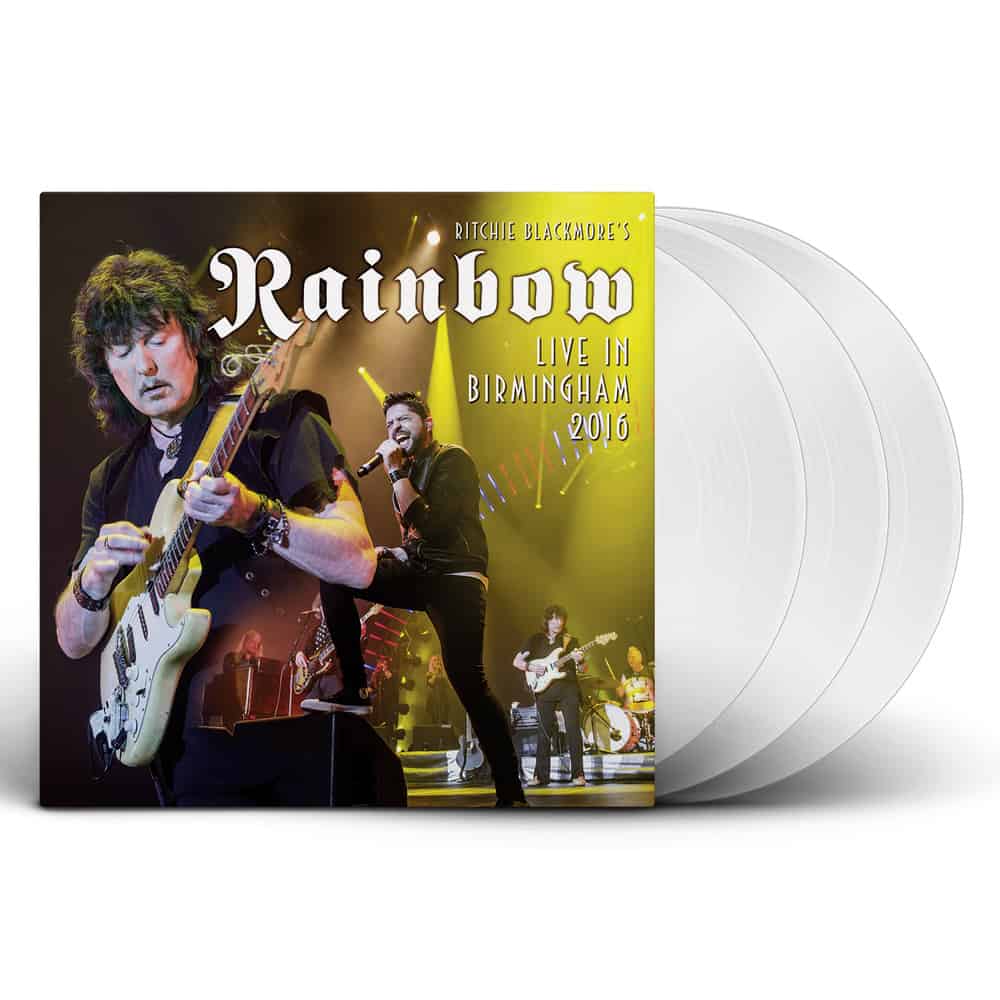 It was almost 20 years before Ritchie Blackmore returned 2016 to the stage with his band Rainbow. "Live In Birmingham 2016" not only captures Rainbow’s impressive return but proves once again why the former Deep Purple guitarist is considered as a pioneer of his time. Blackmore gets support from vocalist Ronnie Romero (Lords Of Black), Stratovarius keyboarder Jens Johansson, drummer David Keith (Blackmore's Night) and bassist Bob Nouveau. The setlist combines hits from Rainbow such as "Catch The Rainbow" and "Stargazer" with Deep Purple classics like "Burn" or "Child In Time". Especially fans of the early Mark II and III era are getting their money's worth. This unique Rainbow concert is now available on vinyl for the first time!

Side A
1. Highway Star
2. Spotlight Kid
3. Mistreated
4. Since You Been Gone

Side B
1. Man On The Silver Mountain
2. Soldier Of Fortune
3. Difficult To Cure (Beethoven's Ninth)