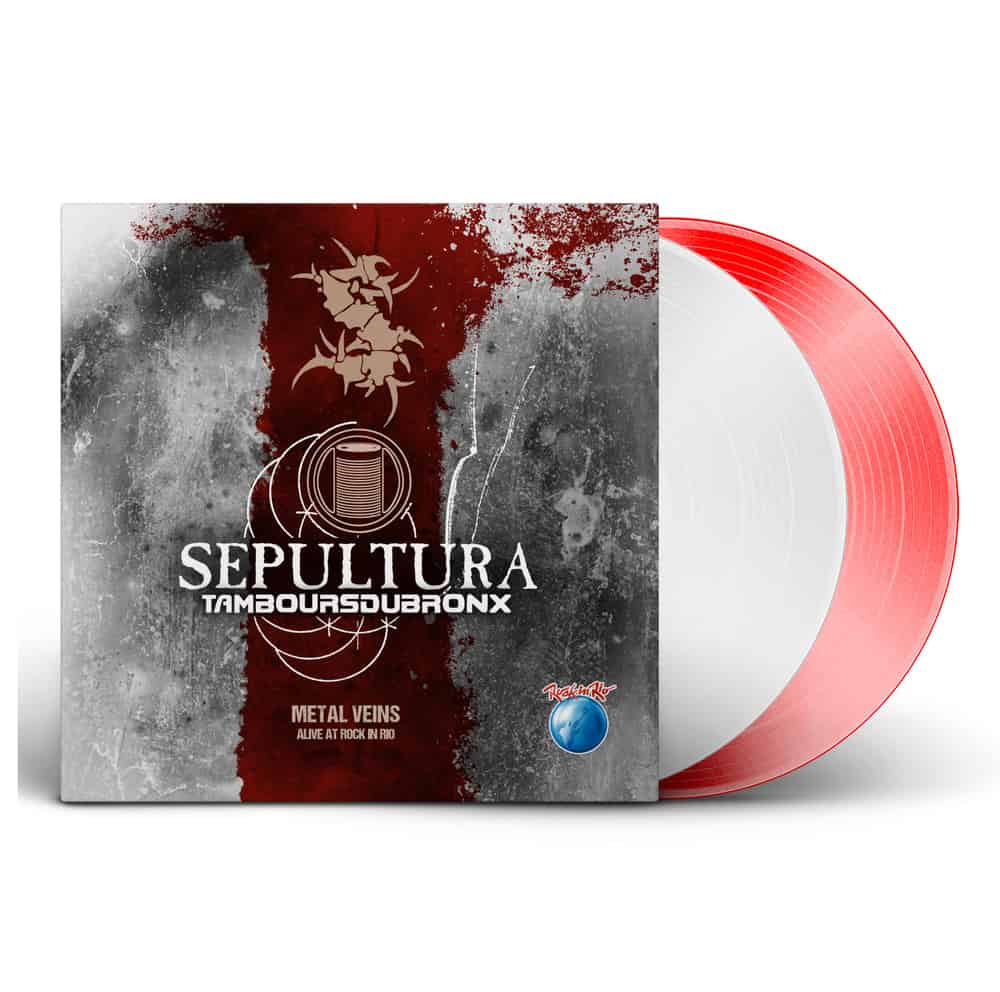 Sepultura is one of the most successful and influential metal bands from Brazil with over 30 million sold records. In 2013, they played a spectacular show in their home country at the legendary Rock In Rio Festival, accompanied by the French percussion ensemble Les Trambours du Bronx. The result of this connection is a performance that stands out of all previous concert releases with its sheer volume and powerful presentation. “Alive At Rock In Rio” is now available as strictly limited and numbered colored vinyl edition.