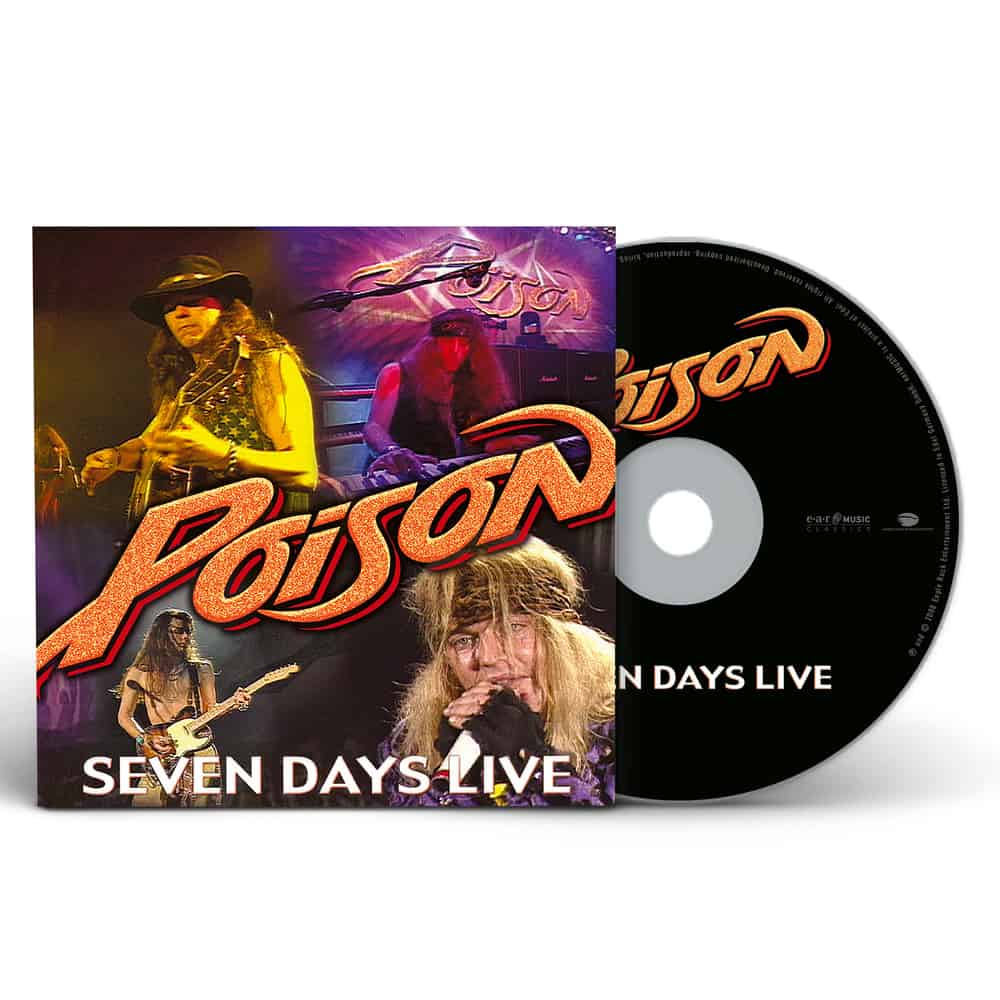 Glam metal legends POISON first appeared on the scene in L.A. in 1986, and quickly established themselves as a force to be reckoned with. Their no-nonsense attitude, distinctive style and breathtaking stage shows earned them a hardcore fellowship, that has remained faithful to this day. Touring relentlessly, they still found time to hit the studios and produce some of the finest rock albums of the past decades and despite scandal, injury and personal differences, they have not only survived, but have remained at the forefront of the international Rock ’n’ Roll circus. This album, recorded at London’s world-famous Hammersmith Apollo on 23rd April 1993, demonstrates exactly why POISON were rated as one of the greatest live rock bands of their era. Featuring classic tracks such as “Unskinny Bop”, “Talk Dirty To Me” and “Every Rose Has Its Thorn”, the band blasts through a spectacular set and proves that ten years hard work had given them a razor sharp edge on all the competition. “Seven Days Live” stands as a testament to the enduring power of unadulterated rock music at its very best.