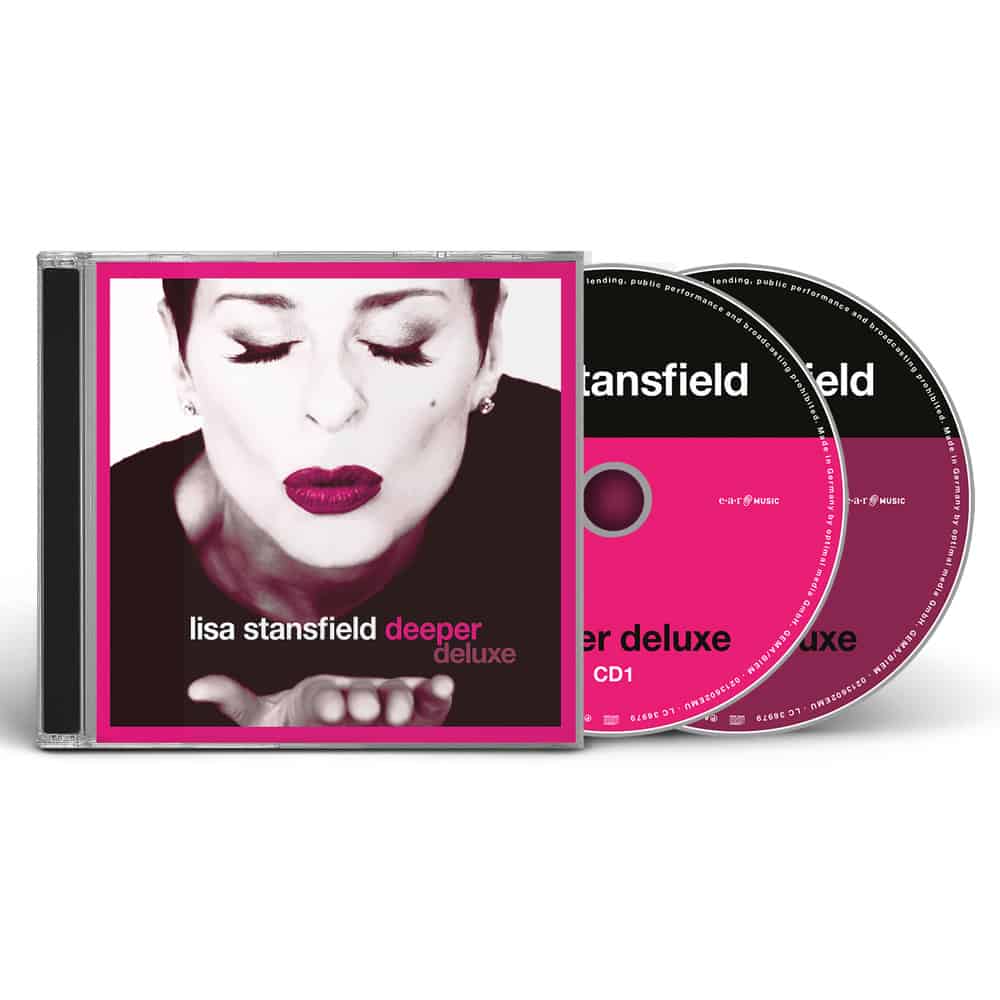 Originally released in April 2018 the record, Lisa’s eight studio album, was acclaimed on its release and charted at number 7 in the German and at 15 in the UK Official Album Chart.

This deluxe edition will include the original 13 tracks, plus an 80 minute bonus CD including 4 brand new live recordings from Lisa’s recent UK tour, remixes of ‘Billionaire’, ‘Deeper’ and ‘Never Ever’ as well as a new version of ‘There Goes My Heart (Again)’ from the 2014 album ‘Seven+’. Remixes of ‘Never Ever’ charted as the #1 most added song in the Billboard Dance Club Songs Chart. This brand new edition will also be available to download and stream:

‘Deeper’ is written by Lisa and her song-writing partner Ian Devaney, produced by Ian & Mark “Snowboy” Cotgrove and with Lisa taking the role of executive producer. Following a string of sold out tour dates across Europe earlier this spring, and a celebrated performance in Hyde Park for the BBC Proms In The Park, the legendary, multi-award-winning, multi-platinum and million-selling artist will make her highly anticipated return to North American shores this autumn.

As a pop, R&B and dance music staple in the late ‘80s and throughout the ‘90s, Lisa Stansfield’s music saw her top the charts on both sides of Atlantic, duet with George Michael and Queen, win multiple Brits and Ivor Novello awards, collect Grammy nominations and feature on ‘The Bodyguard’, the biggest-selling film soundtrack of all time.

Lisa's contribution to British soul is undeniable with a string of hit singles including ‘All Around The World’, ‘All Woman’, and ‘The Real Thing’ and many award winning albums. Her unmistakable voice has been a constant presence on the dance floor and airwaves ever since.