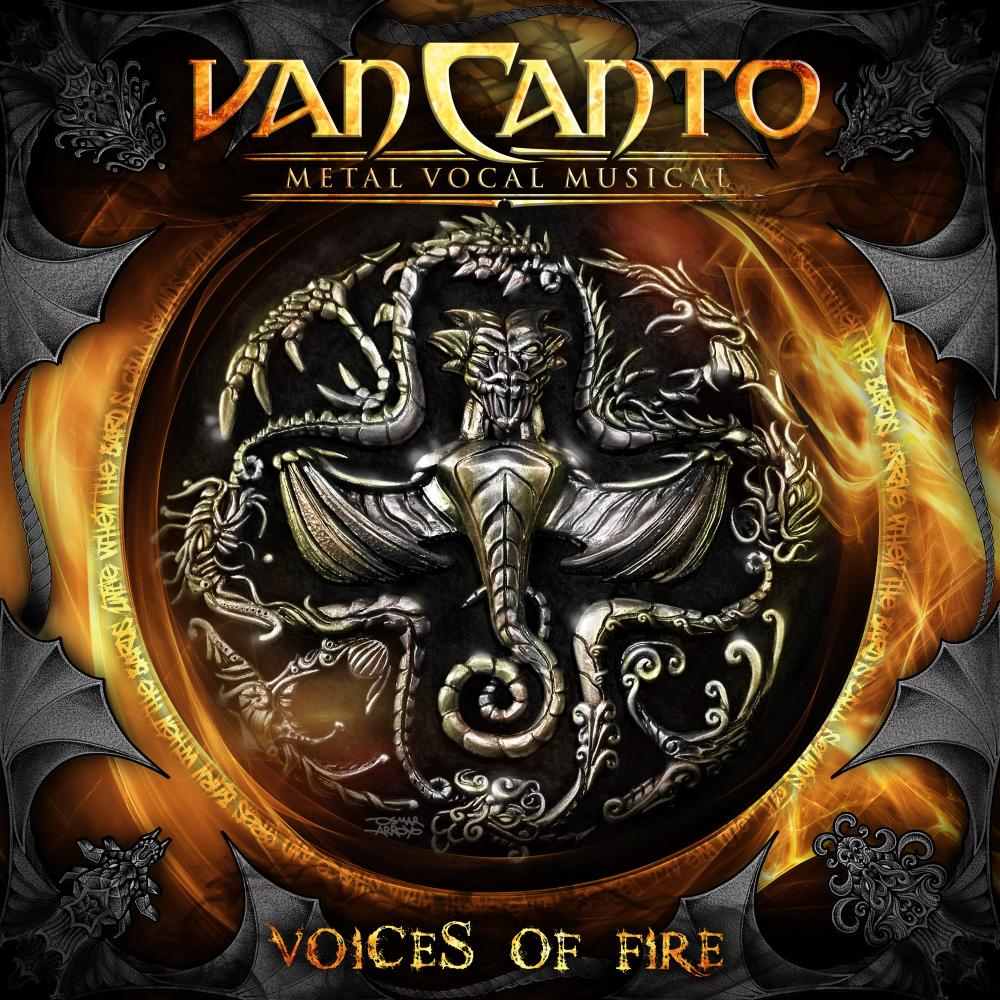 In 2006, VAN CANTO surprised the world of metal with a revolutionary idea: to perform metal music with vocals and drums only. Nine years later, after five top 20 releases in Germany, sold out headlining tours throughout Europe and festival performances taking the band from Wacken to Australia, Van Canto now mark a new chapter in the story of “metal a cappella”: Vocal Metal Musical.
“Vocal Metal Music further develops what we stand for as Van Canto. Not only can our voices sing and imitate guitars but they are also able to tell stories. It has been six years that we’ve been working on this concept – and now we’re finally able to share it with the world”, says founding band member Stef.
For “Voices Of Fire”, the band has teamed up with German bestseller author Christoph Hardebusch (“Die Trolle” – engl. “The Trolls”) who is going to release his new fantasy novel “Feuerstimmen” on with renowned German publishing company Piper Verlag.
“We are barely able to tell what came first: the music as part of the novel or the novel as part of our album. Christoph Hardebusch and we worked hand in hand on this. Our compositions did influence the novel and vice versa. Simply put, we created our own world – a world full of competing kingdoms, epic battles, dragons, fire and bards. Not always deadly serious but full of adventures to set your imagination running wild… like Van Canto does,” explains lead singer Sly who developed the plot of the novel together with Christoph Hardebusch. It must come to no surprise, that for the first time this album only includes original material.
For the first time, Van Canto is working with the London Metro Voices – a choir which also sang on the soundtracks of the popular blockbuster saga “Lord of the Rings”. Drummer Bastian was responsible for directing the international choir.
Another British institution who goes by the name of John Rhys-Davies (known for his role as Gimli in the Lord of the Rings saga or as Sallah in Indiana Jones) is narrating the album from start to finish.
The cover artwork for “Voices Of Fire” as well as its various illustrations were created by fantasy artist Osmar Arroyo from South America. The impressive graphics and their developing stages can be seen in the 44 page strong hardcover mediabook.