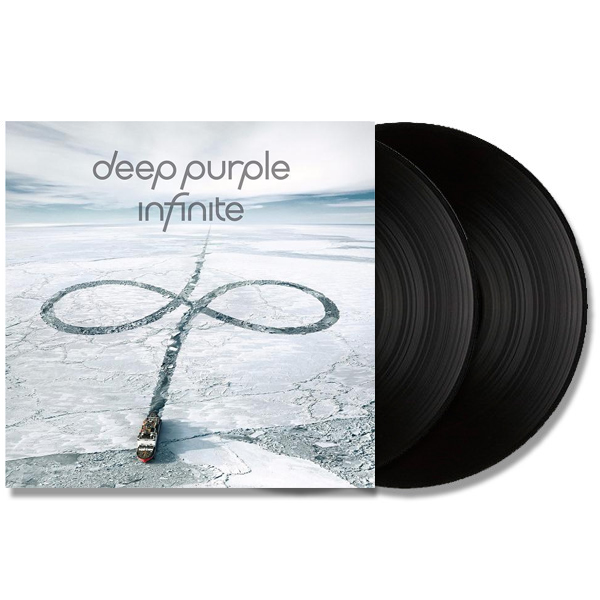 This is the vinyl format of the Deep Purple “InFinite” album. It is a 2LP set with additional DVD included.

Deep Purple are one of the most influential British rock bands of all time. With 120 million albums sold worldwide, they are one of the most loved British bands of all time. Recently inducted into the Rock And Roll Hall of Fame, they have inspired and shaped the taste of generations of hard rock musicians and fans with milestone albums like "In Rock" or "Machine Head" which are essential chapters in rock music history. Their live album "Made in Japan" is often referred as one of the best (if not "the best" live album of all times).
"NOW What?!", released in 2013, brought Deep Purple back to the top of the charts worldwide. The tour that followed sold over a million tickets worldwide. Ian Gillan, Roger Glover and Ian Paice are the three members from the current line-up who have been part of the band since it's "Mark II" version, the one that is considered the "absolute classic".
The current line-up of the band is completed by Don Airey (about to release his 4th album with the band) and Steve Morse (who has been in the band for over 20 years, about to release his 6th studio albums with Deep Purple). With "inFinite" and the associated "The Long Goodbye" tour, Deep Purple are approaching a turning point. Is the band about to write the final chapter of its career?